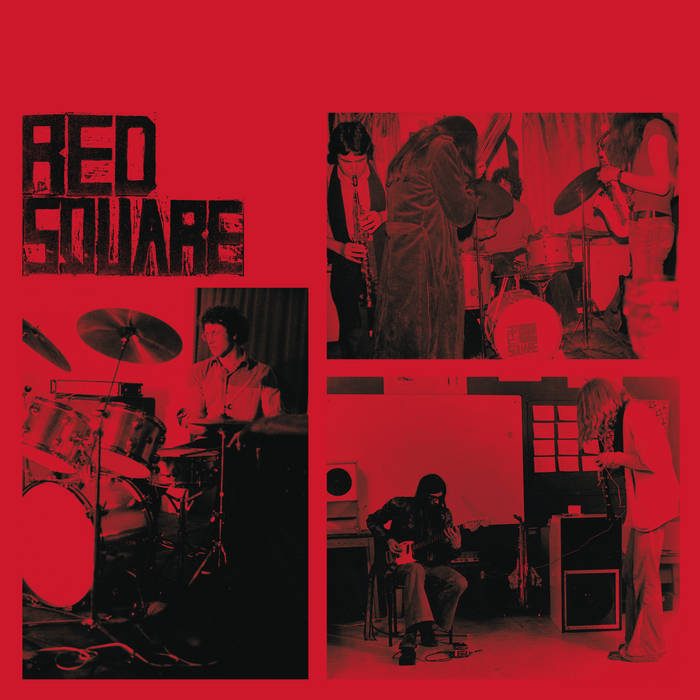 Named after the early Soviets Constructivists, Red Square is a pioneering free-improvising, avant-rock band. They bridged the worlds of psychedelic rock, noise and avant-jazz, and many of the techniques and approaches to music that they helped to pioneer have become common practice today. Pre-dating Sonic Youth by seven years, Last Exit by a decade and Matt Gustafsson’s The Thing by twenty five, their railing aural assaults were once considered too extreme for commercial release.

Formed in Southend-On-Sea in 1974 by guitar player Ian Staples (fresh from gigging at the Middle Earth club with Ginger Johnson’s African Drummers, sharing stage with Pink Floyd and Marc Bolan among others), bass clarinet / sax player Jon Seagroatt and free-jazz drummer Roger Telford, their unusual sound was an amalgam of jazz, improv and avant-rock, fuelled by the loud electric guitar of Ian Staples, whose style has been described as a “revolutionary blend of Hendrix and Beefheart, with the sonic palettes of Derek Bailey and Stockhausen”. Ian’s atonal guitar riffs referenced metal without ever becoming metal.

Red Square shared stages with Henry Cow, Lox Coxhill, David Toop and National Health and they were also involved with Music For Socialism. But their extreme sound and attitude were too much for both audience and record companies. The band imploded in 1978 with only two ultra-rare private cassettes releases as their only legacy. In 2008, they reformed again and they’re still playing and recording to this date.

Insert with liner notes and photos.

Brought to you in collaboration with Steve Krakow of Chicago’s Galactic Zoo magazine / Galactic Archive imprint.