by High Speed And The Afflicted Man 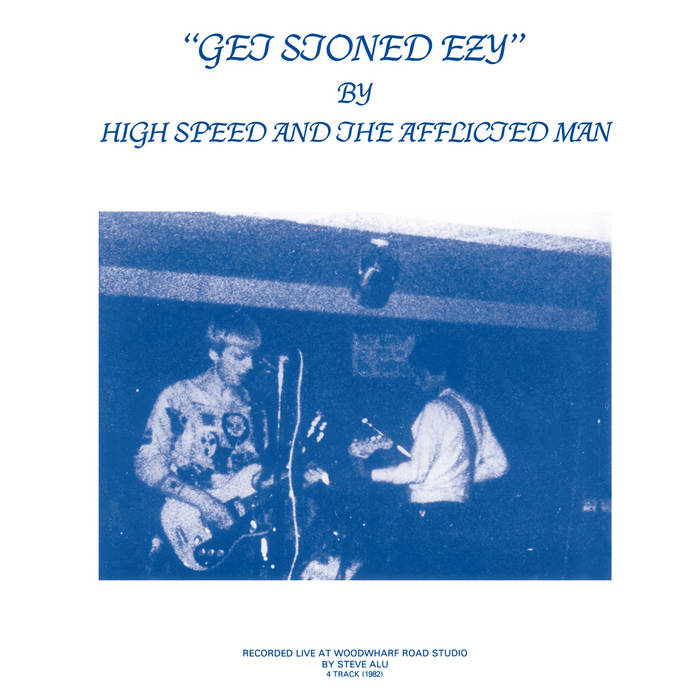 paul rote Wow too punky for freaks ,too freaky for punks! Once you get pass the vocals it's incredible acid guitar that's in league with wicked lady. If you don't know them check em out. Favorite track: Sun Sun.

In 1982, the mysterious Steve Hall, a self- proclaimed hippie- punk who had previously released a couple of D.I.Y basement- punk albums with his band Afflicted Man, recorded one of the most obscure, underrated and KILLER heavy- psych albums of all time. Credited to High Speed & Afflicted Man, Get Stoned Ezy consists of three long tracks of late 60s / early 70s influenced psychedelic hard- rock. A fuzz- wah assault of epic proportions in the style of other guitar- damage Gods like Human Instinct, Wicked Lady, Hendrix, High Rise, Sabbath, Stooges, etc, all played with a real acid- punk attitude.

We present the first ever legit reissue of this lost masterpiece, licensed by Steve Hall.

"What is Steve Hall? Hes the pinnacle of psych! Chris Stigliano"(Forced Exposure / Black To Comm)

"Too freaked out for punks, too punked out for freaks, 'Get Stoned Ezy' is a bloodbath of pedal stomping carnage" Tom Lax (Siltblog)