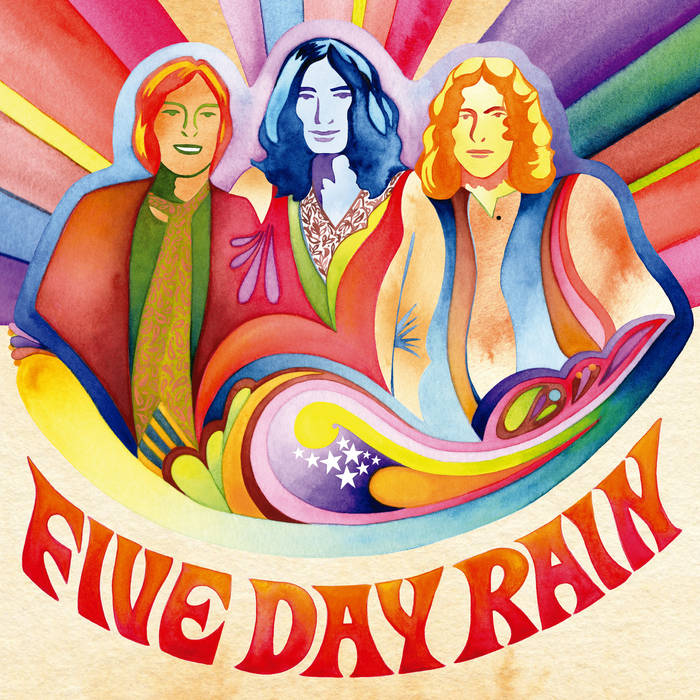 Thanks to a mutual friend, they were recruited by the producer / engineer team of Brian Carroll & Damon Lyon-Shaw, famous for their work at IBC Studios with some of the top bands from the Sixties. Drummer Dick was replaced by Kim Haworth and sessions for the FDR album began at IBC in late 1969. Guitar player John Holbrook (Baba Scholae) was invited to play some leads and the great Sharon Tandy and members of America did some backing vocals.

The result was a perfectly recorded and executed finished album comprised of 10 songs. Showcasing the stellar work of Rick and Graham on guitar/organ on tracks like “Marie’s A Woman” and the long instrumental “Rough Cut Marmalade”, the FDR sound is a great example of the transition from post-mod psychedelia to early prog.

Once the album was finished and a few test pressings in blank sleeves pressed, the whole project was abandoned due to some disagreements with the producer, so the album was never actually released.

In the late 80s, copies of the original test pressing were discovered by psych collectors and bootleg reissues appeared on the collectors market. It wasn’t until 2006 that an official reissue, done with involvement from the band members, was released by the Nightwings label from Italy.

outré black metal, with a Victory Over the Sun interview and music from Liturgy and Jute Gyte.