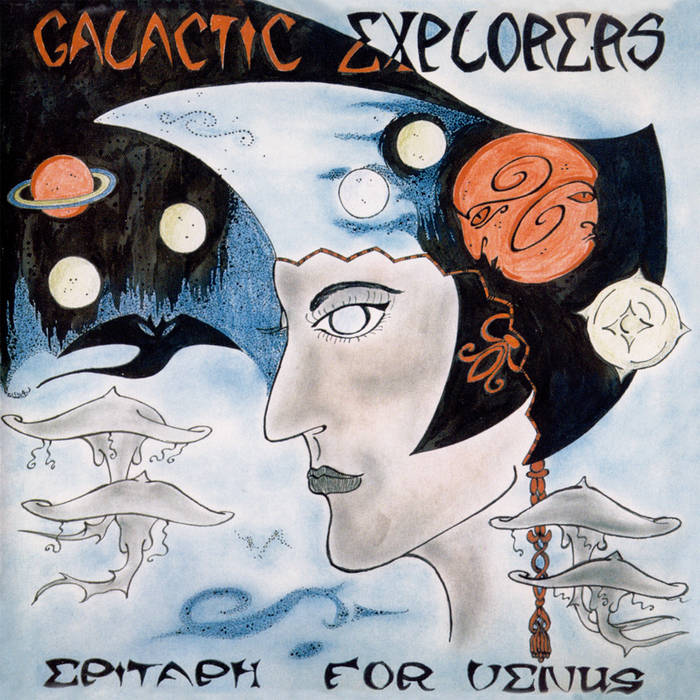 Another shrouded in mystery album from the Pyramid label, produced by Toby Robinson in Cologne circa 1974. Kosmische and Head sounds with plenty of Minimoog, analogue synths / keyboards, effects, loops, tape manipulation, treated percussions, etc., courtesy of Galactic Explorers, an electronic, minimal, ambient krautrock trio featuring Reinhard Karwatky (Dzyan). Take a trip to the inner regions of your mind, see ancient solar systems forming and listen to cosmic winds and vibrations while sine waves of pure bliss will give you total peace of mind…

“A candidate for being dubbed 'Ambient' before Ambient existed. A work of crystal clear simplicity, 'pure' electronic sounds, and beautiful minimalism.” – John Bagnall (The Sound Projector)

“Mysterious and enigmatic to the end. ‘Sehr Kosmische’ as they say!” – Alan Freeman (Ultima Thule, The Crack In The Cosmic Egg).