When You Hear The Music, It's Yours

by One Of Hours 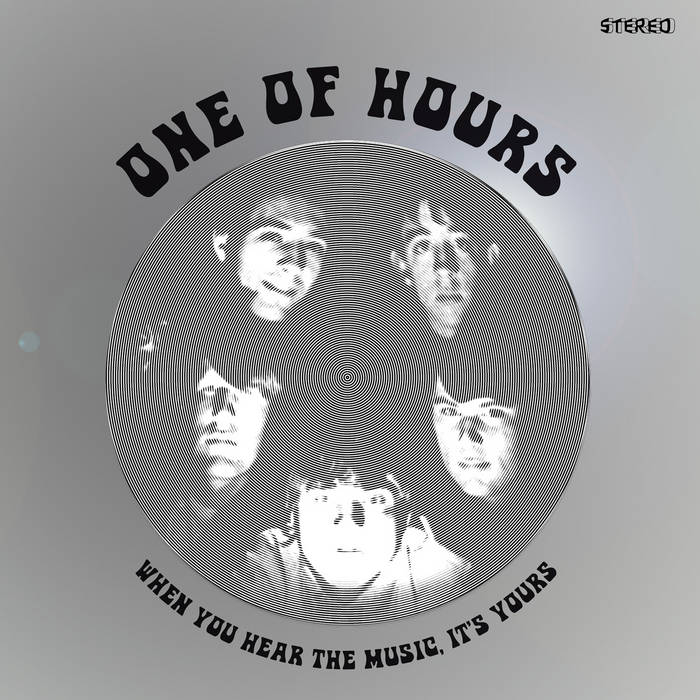 Cool late ‘60s US Pepperish psychedelia with inventive arrangements, fuzz guitars, studio effects…Recorded in 1967-68 but shelved at the time.

Famous for their “Psychedelic Illusion” 45, US garage-psych band ONE OF HOURS formed in Lexington, KY, in 1966. After adding guitar player Bob Willcutt to their line-up, they released their second 45, “Feel the Pain" / “Psychedelic Illusion”, in 1967. Work then began on an album of a complete but varied musical experience called "When You Hear the Music, It's Yours".

Fuelled by the creative force of band member Shawn Foreman (a true visionary who would create the cult electro / disco project Transistor-Jet in the 80s), the group (now called Dandelion Wine) entered Chetwyd Studios where they, in true psychedelic mode, experimented and used unusual techniques like backwards recording, paper under piano strings, singing through a comb, interconnecting Fuzz boxes, etc.

The finished master tape containing 12 songs with titles like “Two Heads For 25 Cents”, “Sweet Dragonfly” or “Incense C-19X” was sent to the Liberty label with the promise of an album contract for 1968…but the deal never came through and the master tape was destroyed in a warehouse fire. Luckily, Bob Willcutt kept a first generation copy of the master with perfect sound which we present here in a deluxe vinyl edition, housed in a silver mirrored die-cut sleeve.

File next to West Coast Pop Art Experimental Band and the like!