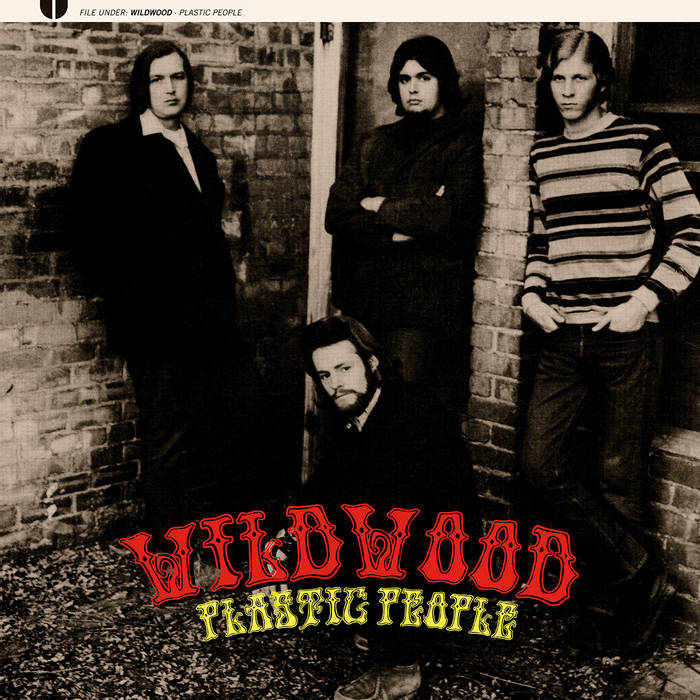 paul rote Oh man , this is my sound ! I can listen to this all day long .
Authentic organ driven rock with acid leads . Favorite track: Steel Cathedrals.

Raw, in-your-face hard psychedelia with plenty of Vox and Hammond organ, hard guitar and powerful vocals courtesy of WILDWOOD. Formed in the late ‘60s in Stockton, California, this powerful outfit rubbed shoulders with groups like Country Weather, Steve Miller Band or Grateful Dead and played at legendary venues such as the Fillmore and the Matrix.

Featuring tracks from their two rare 45s for the Magnum label (including the punk-a-delic classic “Plastic People”) plus a selection of their fabulous, not released at the time studio cuts from 1968-1970, recorded at Max Weiss’ Fantasy Studios and originally unearthed by Frantic Records in 2012 for their 2CD Wildwood compilation.

“…dark and vaguely sinister in both look and sound, Wildwood melded the fuck-you attitude of the garage era with a soulful R&B streak and some enviable hard rock chops.” – Alec Palao